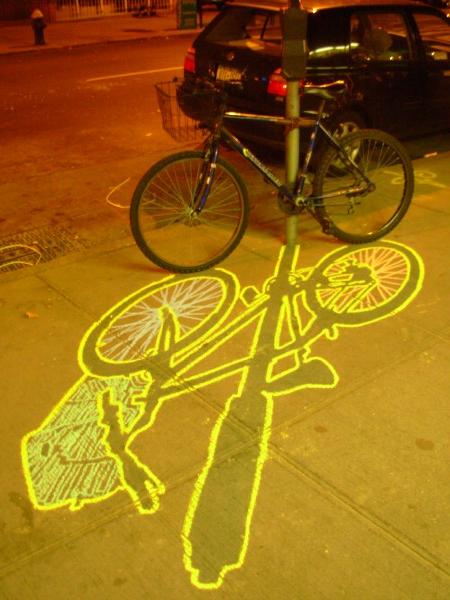 Tweet
Ellis Gallagher, who signs his works Ellis G., creates temporary art by outlining shadows in chalk to create ephemeral graffiti images that last until the rain washes them away. A New Yorker who resides in Greenpoint, Brooklyn, Ellis was born in 1973 and started out as a graffiti artist until he had a run-in with the law that resulted in probation and community service. In 2005 his interest in shadows led him to start outlining shadows from street lights and sunlight. He has been profiled widely including in this 2005 NY Times article, and has shown his work in museums, galleries and art fairs worldwide. Oh, and of course, on many, many public sidewalks. . . . . . . . . . . . . .
Tweet