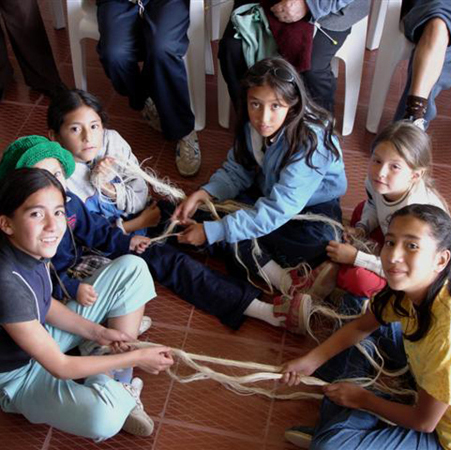 Tweet
Art for Refugees This is the first in a section that will feature non-profits that use art in new ways. The info that follows is pulled from the website, but there's more to come in this cateogry. About Art for Refugees, from their website: “A child is supposed to be growing up protected from the world. They should be playing and learning. If your life is interrupted so fundamentally, you are denied the basics needed to grow up healthy.”—Francis M. Deng, United Nations representative on internally displaced people. Mission Art for Refugees in Transition (A.R.T.) helps rebuild individual and community identity for refugees worldwide. Drawing upon the indigenous art forms of each community, A.R.T.’s programs are designed to enable the elders of a culture to educate and incorporate the younger generation in their cultural traditions. By developing self-sustaining curricula and training programs, A.R.T. engages children and adults in visual, performing and creative arts drawn from their own cultures. These activities provide local and international relief institutions with tools to help refugee communities cope with the trauma, terror and dislocation of war and natural disaster. History ART was conceived in 1999, as a response to the ongoing turmoil in the Balkans. Refugees, fleeing the raging warfare were flooding into safe towns. A.R.T.'s founder, Sara Green, earned her MBA at Columbia University with the idea of applying business model skills to the world's refugee populations. She saw fear and hopelessness in the faces of children who had had their childhoods stolen away. But every child loves to sing and dance, to play and feel free. Sara's hope was that, by finding their childhood through their unique ethnic expression, these children could become more than lost refugees. In 2001, she went to Kosovo to work with these children. After several years of research and development, A.R.T.'s initial program was launched in two Burmese refugee camps in Thailand in 2003. Read more here.
Tweet