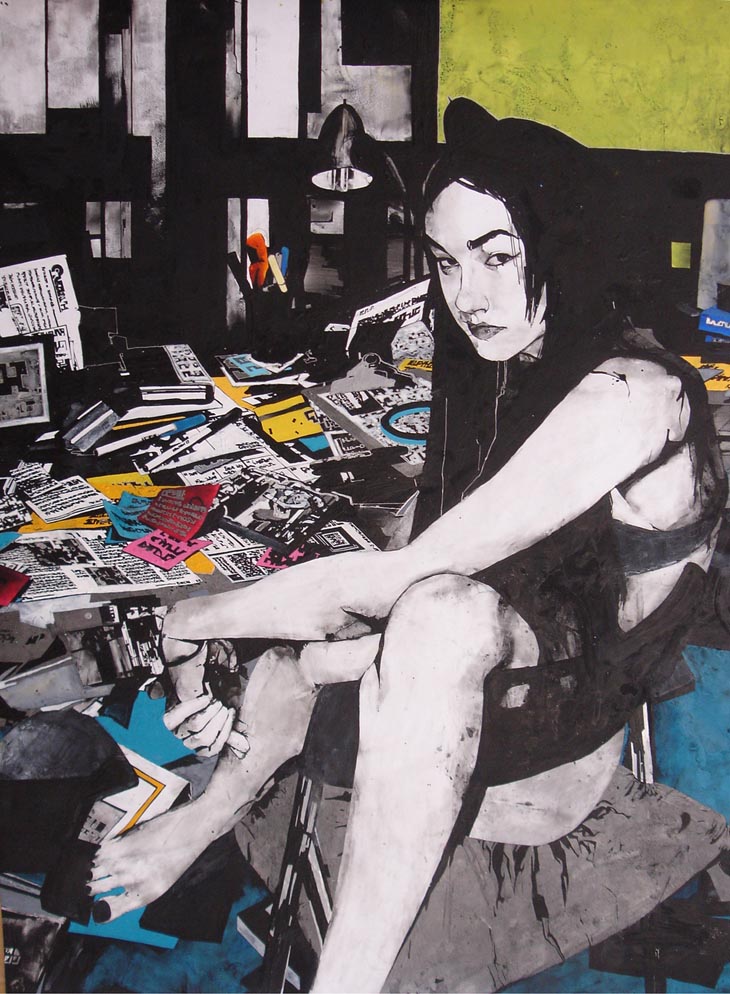 Tweet
Zak Smith's life and art is full of unexpected twists. He was born in Syracuse New York in 1976 and had a traditional art education--a BFA from Cooper Union and an MFA from Yale. He did a project to illustrate every page of Gravity's Rainbow by Thomas Pynchon, and Smith's work was featured at the Whitney Museum of American Art and is in the collection of the Museum of Modern Art. But in 2006 under the name Zak Sabbath he starred in a porn film called Barbed Wire Kiss and created 100 paintings and drawings about the experience. He went on to donate most of his profits to activist groups including Food Not Bombs. Smith's life could overshadow his art work, except the man can paint. And draw. And create. He is a prolific artist and his work is amazing. But don't take my word, have a look for yourself.
Tweet