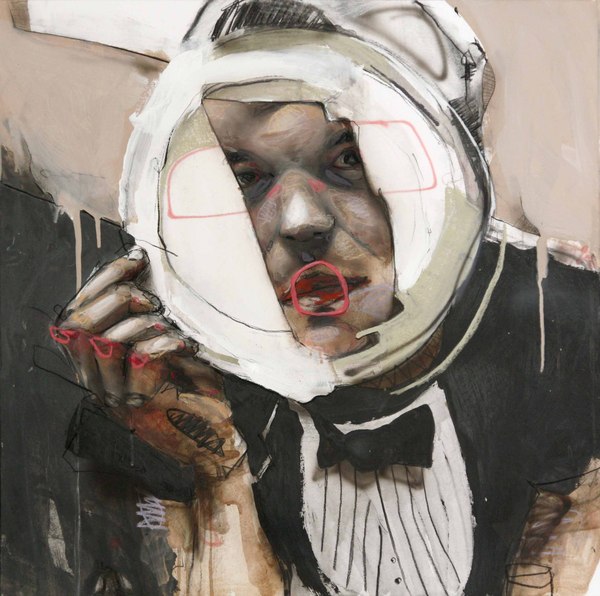 Tweet
Lou Ros is a young artist based in France who creates paintings full of movement and life. In 2009 he created a series called Corps & Graphiquement inspired by contemporary dance and growing up with his choreographer mother. He describes his work:

The relationship between the fixed image and movement really interests me. To captivate the eye by transforming the clear into a blur and the fixed into a movement is an active ingredient in my research. I paint in a very instinctive way, following the example of the expressionists who fascinate me (Francis Bacon, Paul Rebeyrolle, Jenny Saville, Vladimir Velickovic, Cecily Brown).

Lou will be showing a new series called Faces/Paper Faces at Tache Gallery in New York from March 24-April 23. Below are a selection of Lou's dynamic paintings from several recent series.
Tweet